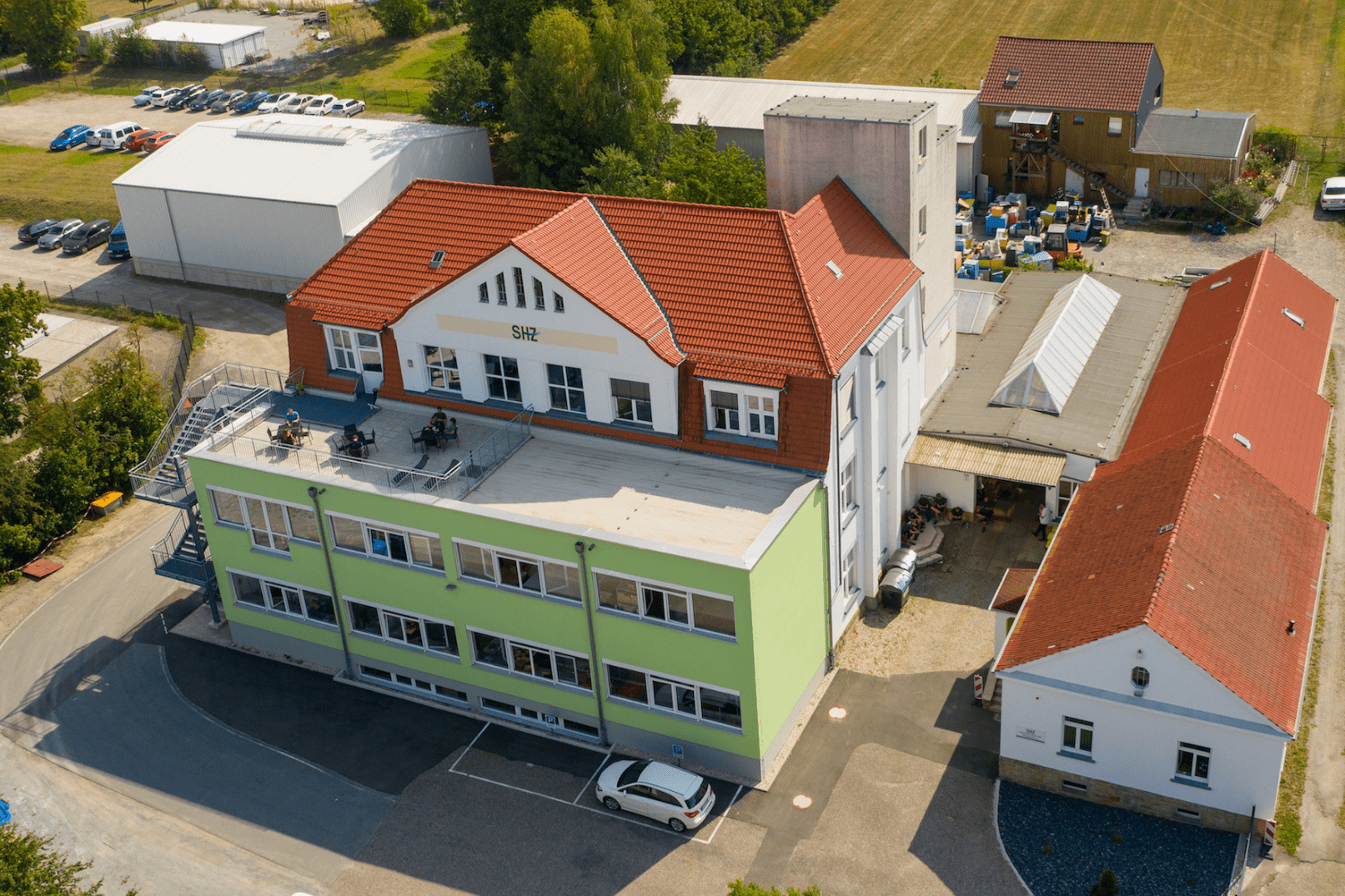 Großröhrsdorf, March 08, 2022 . Sächsische Hebe- und Zurrtechnik GmbH (SHZ GmbH for short), based in Großröhrsdorf near Dresden, celebrated its company anniversary on February 1st, 2022 and looks back on eventful 20 years. Since it was founded in 2002, the company has dedicated itself to the production of high-quality lifting and lashing technology made in Germany – and is thus successfully defying the competition from the Far East. “In the beginning, there was the idea of continuing the 340-year tradition of weaving straps and belts at the Großröhrsdorf site so that the skills available here were not lost, as was the case in so many other companies after the reunification. There was a sufficient number of experienced and qualified specialists. It only took a few doers with the courage to start a business. As Theodor Fontane once said: Success depends on courage.”, says Günter Böhme, managing director and one of the founders of SHZ GmbH.

And the success proved the four-strong founding team right. SHZ GmbH was founded on February 1, 2002. Günter Böhme was on board as managing partner from the start. The qualified engineer brought his strong will and the “art” to sell with him. Production took place on an area of just 100 square meters. But where there’s a will, there’s a way: New customers were acquired, the machine park was expanded and the production area was successively expanded to 2,000 square meters. As a result, sales also skyrocketed – and grew by 25-30 percent annually. As early as 2007, in its fifth financial year, SHZ GmbH employed 27 people and generated 2.4 million annual sales with 240 customers.

Due to the rapid growth, the company was literally bursting at the seams. A spacious location was needed – and so they decided to buy their own property. At the beginning of 2009, the company moved from Bischofswerdaer Straße 115 to its own company building on Arnsdorfer Weg
5 in Großröhrsdorf, which is still the headquarters of SHZ GmbH today. In the course of professionalization, the internal structures were also put to the test in 2010/11: the logistics were optimized and a new warehouse was built in order to be able to produce even better and faster under the newly created conditions. With the purchase of a 50t testing machine, complex quality assurance and product tests can now be carried out in-house, which not only expands the range of services, but also shortens production and delivery times
became. Towards the end of 2012, the SHZ team, which now has 40 members, processes around 100,000 meters of webbing into lashing straps, slings and lifting straps every week – and exports these primarily to Western countries, but increasingly also to Eastern Europe.

The following years were characterized by professionalization and increased efficiency. In order to be able to compete with strong competitors from China and Eastern Europe in the future, investments were made in a new production facility for 50mm lashing straps – and the storage capacities were expanded again: a new 400 square meter warehouse was built.

A new warehouse for 1.2 million euros will be built in 2021. This offers 700 square meters more storage space and enables significantly shorter production and delivery times – even during the pandemic. Another important milestone is the professionalization of the SHZ brand image, which now reflects the size and performance of the company more than
stressed so far. From 2008 to 2019, SHZ GmbH was able to increase its turnover from 3 million to 9 million euros – and thus triple it. The brand should now also take this success into account. The new external appearance includes a new logo, the new claim “Moving big things. Definitely.” And since the beginning of 2022 also a new bilingual website www.shz-gmbh.de .

In the anniversary year, SHZ GmbH is one of the leading manufacturers of lifting and lashing technology in Europe – and processes more than 7,000,000 m of webbing into lashing straps, lifting straps and round slings every year. It supplies around 1,000 customers in over 50 countries. With more than 75 employees, the company generates a
Annual turnover of more than EUR 10 million. In addition to the production and development of lashing straps, slings and lifting straps, the range of services also includes numerous services such as the assembly of chain and lifting gear or product tests in the in-house test laboratory. Here z. B. round slings tested for their tear strength. There will be a big anniversary celebration in June. And beyond that, there is still a lot planned. One can be curious.